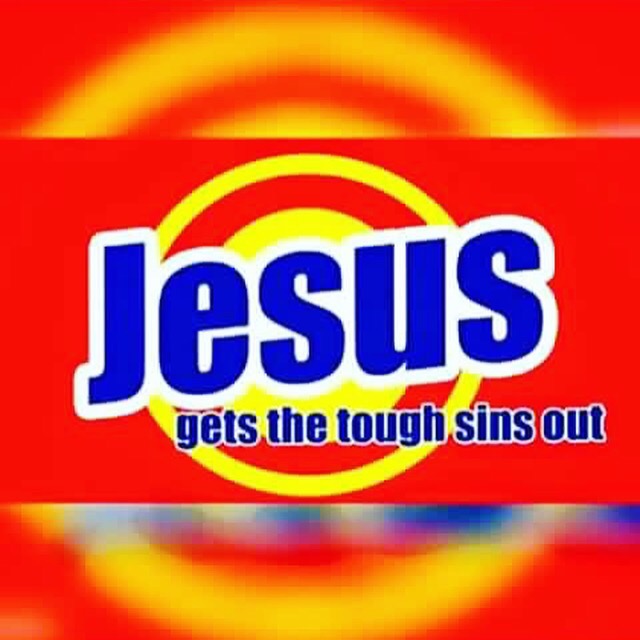 I have a confession to make! Are you ready to hear it?!

– I am not perfect. Nor am I spotless, but I know a man who is . And he will wash you whiter than snow. –

That’s probably not the confession you thought you was going to get was it? You wanted some kind of juicy secret about my life. Well I’m sorry, but bad news does spread more than good news. Do you remember as a kid hearing, “Gossip spreads like wildfire?”. In all reality it really does. One neighbor will tell the other and that person tells. Then in the end none of its true because they add on their say in on it and its twisted. Why can’t we ever get good news to spread like wildfire? Why can we not get God to be the talk of the town? And why is it that the church is only a focal point of it’s going down hill or there’s turmoil involved? It’s because we are the church. We start these rumors or help spread them. And if we don’t stop them we keep them going.

God says in Luke 14:34-35 , “Salt is good; but if The salt has lost its flavor, how shall it be seasoned? It is neither fit for the land nor for the dunghill, but men throw it out. He who has ears let him hear, let him hear!”  Salt. It was a special ingredient back in those days and still is. Salt use to help keep meats good , season it , and give flavor. If your salt was bad it wouldn’t keep your meats fresh and there is no use for bad salt. So why does he compare Christians to salt? Because we are special. We are keeping the good news. We add flavor to a world that’s searching for flavor. Salt is important. And so are we, but if we aren’t doing our Jobs than we are as useless as bad salt. It was so bad that they would throw the bad salt in the roads. It was good for the crops or lands and it wasn’t even good enough for dunghills…. That’s low. He says let them hear let them hear. Why? Salt can’t hear. He was talking about us. We need to hear him and listen to him. We are salt that’s about to go bad. We need to let God use us and our talents. Why? Because salt on a self isn’t good for anything.

God also compares us water or a drink in Revelation 3:15-16. “I know your works, that you were neither cold nor hot. I wish you were cold or hot. So then, because you were lukewarm, and neither cold nor hot. I will vomit you out of my mouth.”  Really?  God tells us it’s not good to be lukewarm, but that’s the comfort zone… Exactly why he hates it. It’s sad that God would rather us be cold than lukewarm. It’s sad that to many of us today are lukewarm. We need to be on fire for God! So one fire that we need a caution sign that’s says “Caution!!! On fire for God!! Caution!!! Hot!!” – like it says in the top of coffee cups… But instead some of us are cold. So cold we are frozen ice cubes singing, “Let it go, let it go, we are just to cold. We are fine, We are fine. God has us do to much you know. We like it here in the freezing cold. So please shut the door – and let it go.” .   But instead we are lukewarm. Like hot coco that’s been sitting in the counter that you said you would finish in a minute, but instead your minute never happened and its lukewarm. No one likes a lukewarm drink. That’s why God said he would vomit …. Now I don’t like vomit, but I definitely wouldn’t want to be vomitted out of Gods mouth. I don’t want to disappoint him… But we often do.

We make excuses on why we are sitting doing nothing or why we are lukewarm about issues, but nothing in those two verses said anything about getting to plead our cases on the issues at hand to God. When we stand in front of him…. We won’t have words to say… There won’t be any , “But God I have three basketball games, four photoshoots, and I was babysitting ten kids all at the same time.. Then you wanted me to worship you , read my bible, and witness to that man down the road? Are you crazy? I just don’t think I have time. It’s just to much to handle.” Wow… I wonder if Jesus ever said that ?

“Jesus: you know God I know I’m supposed to be here and die to save the people of the world but, I have a 5 o’clock carpentry meeting at the local hardware place and a fishing boat that needs waxed. I just don’t have time to die for them right now. It’s just to hard to do.  So can we reschedule.? ”

Where would we be then? Jesus could have called ten thousand Angels to get him off that cross that  day when he died for us, and they wanted to. But he hung there…. Bleeding…. Begging for water… Working for his breath. Then he died… Why? Because We wasn’t worth enough to take his place, because We wasn’t spotless enough to go to heaven. Because his mercy needed to overcome us so God would look on us and see That we was holy. Because We was in sin and had no way out! Because he loved us so much…. That he volunteered as tribute. You see we watch movies such as the hunger games, when A teenage sister takes the place for her younger sister so she could live. But we had a man named Jesus, that came to this world and volunteered as tribute- to die for our sins so that we would not have to hang on that cross and take the punishment that we deserve. So why don’t we Acknowledge the fact that we owe it all to him.?!

What are you struggling with today? Take it to the only one who can fix it and let go of it today. I pray for each one of you reading this and that God keeps his hand upon you. We need to wake up and turn to God. Praise him for Saving us and live our life’s for him alone. May God bless you .
~Marli